The year 2020 has been a rough one. COVID-19 has me feeling a loss for normalcy. I’ve watched my children mourn for school, companionship, sports, and their “normal” days. However, the past couple of weeks have been like nothing else. It has exposed raw pain and sadness in the Black community that I have never seen so transparently. I see and honor their pain at a deeper level than ever before. The past few weeks have elevated Black Lives Matter to the highest of priorities. Black Lives Matter and white people need to do better.

My heart is aching for my Black brothers and sisters. It is aching for my Black husband and my 3 biracial children. More than ever before, I understand and feel that I need to do better, that I need to be an activist for my children, for my future grandchildren, and for all people of color. Black people have been oppressed by white people for so long so I am calling on myself and my white brothers and sisters to step up, stand in solidarity, and be a part of the change.

I admire my husband, many people do. He played hockey in the NHL for 15 years. That is impressive in itself but it’s particularly admirable because he fought his whole life to stay on the ice, to keep playing a sport he loved but was told repeatedly it was not a sport for him because of his skin color. My husband’s parents stood away from the other parents so that they wouldn’t have to hear about it. His brother quit the sport because he didn’t want to hear it anymore. His mother told him to score goals to make people understand that he indeed belonged in hockey. He scored a lot of goals. My husband was an amazing athlete. He was still told he was in the wrong sport. He loved hockey enough that he kept playing and he now has two sons that play hockey too. Racism still exists in the predominantly white sport, but it’s better for them than it was for their father. That’s not good enough, it needs to change.

My father and mother in law moved from Detroit to the Boston area to give their boys a better life. They were fortunate enough to have the financial freedom to live in a town with a high-end school system, although predominately white. My husband’s hard work, athletism, and perseverance got him to play division one hockey and play 15 years in the NHL. He was also the first American born and trained black hockey player in the NHL. Despite all of his success, he could have been George Floyd. Any black man in America could have been George Floyd. And that is terrifying and enraging and it MUST change because Black Lives Matter.

As a nutrition and health coach, I look at my client’s symptoms in terms of branches, and the path to true healing is to find the root. We cannot only treat the branches and expect our symptoms to go away. Treating the root is the only way. We must uproot the imbalance in the body for healing to occur. This is highlighted in the racial inequality that continues to plague our society. The branches are the tragic, senseless deaths of George Floyd, Breonna Taylor, and countless others. A white woman in NYC calling the police on a black man birdwatching is another. My husband hearing people tell him to find another sport is a branch. COVID-19 affecting black Americans in higher numbers than any other race is another. These are branches, and branches will continue to grow and thrive and take over until we get at the roots. One root is systemic racism. Another root is white privilege.

In 1988, the professor Peggy McIntosh used the paper White Privilege: Unpacking the Invisible Knapsack to describe it as a set of unearned assets that a white person in America can count on each day but to which they remain largely oblivious. White privilege means that you were born into a system that validates and reaffirms that you are socially included and being socially included, is a very valuable privilege. It is the culturally preferred race.

“The thing about white privilege is that it tends to be unintentional, unconscious, uncomfortable to recognize but easy to take for granted. But it’s that very invisibility that makes it that much more important to understand: Without confronting what exists, there’s no chance of leveling the field” writes Christine Emba a columnist for the Washington Post.

Kyle Strickland, the senior legal analyst and special assistant to the director of the Kirwan Institute for the Study of Race and Ethnicity at Ohio State University explains systemic racism. “It permeates within our institutions, it’s within our laws, our policies and our practices that have this grounded foundation of biases, discrimination where you have barriers that place certain races above others,” Strickland said. “So when we talk about systemic racism, it’s in our institutions, it’s in our organizations, and it permeates so much so that people see it as normal, and it’s kind of normalized, that’s how, the way things are, when, in fact, these structures have been set up to place certain races above others.”

I did not truly understand systemic racism or even white privilege, although I have benefitted from it my entire life, until recently. I have a lot of work to do but I am committed to understanding these toxic roots in our society. It was enough that I am an advocate for my children as they face this world without the white privilege I was afforded. It was enough that I spoke up when they were treated unfairly. It’s actually not enough and I’m holding myself accountable to do more. I want to be a part of the change that makes my children and grandchildren not fear for their lives when near a police officer. I want my children and all children of color to have all the opportunities I was given.

Angela Davis said, “In a racist society, it is not enough to be non-racist, we must be anti-racist.” An anti-racist calls out racist actions, words, beliefs, and structures EVERY SINGLE TIME. Anti-racism is allyship.

Below are 5 tips on how to be an anti-racist written by Dr. Ibram X. Kendi, author of How To Be An Anti-Racist, Stamped, Stamped from the Beginning and Antiracist Baby.

I am committed to lifelong anti-racist work and will continue to look internally at myself, my family, my business, and my community to learn how to be a stronger ally to the Black community. My hope is that you will do the same. Start educating yourself on racism and how to support change. Understand why Black Lives Matter.

Here is an exceptional resource as a start: Anti-Racism Resource List

Books to learn more about racism, anti-racism, and white privilege:

9 Children’s Books to Start the Conversation Around Race and Prejudice:

Follow and learn from Black leaders, especially Black female leaders. For far too long, Black women’s voices have gone unheard. As white women, we must listen to Black women, follow them to understand what actions can help, and financially support them if you are able. I am a member of @rachel.cargle’s The Great Unlearn and recommend it. We as white women need to do our own work, we cannot expect Black women to educate us or answer our questions. They are providing information but the work must be done by each of us as white women.

Here is a (by no means comprehensive) list of Black female leaders you can learn from on Instagram:

From Patrice C. Washington: Video, “Dear White Friend: You Need to Take a Side”

How Can We Win? By Kimberly Jones

White people are asking, “What can I do?”. Start learning. Start supporting. Speak up. Because Black Lives Matter and they are in crisis.

“If you are neutral in situations of injustice, you have chosen the side of the oppressor.”
– Desmond Tutu 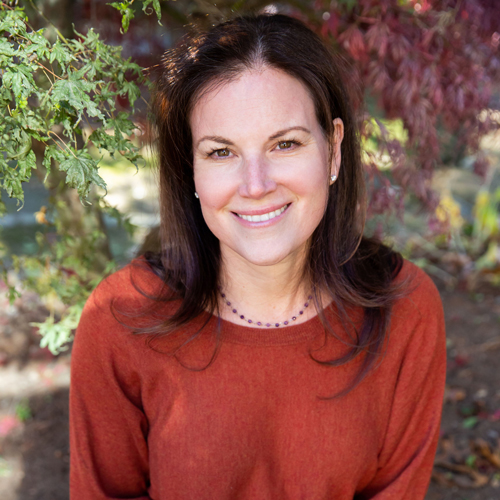